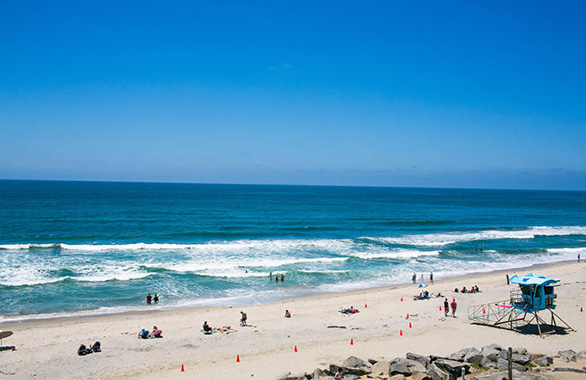 Tamarack Surf Beach, as this part of Carlsbad State Beach is known, is located where Tamarack Avenue crosses Carlsbad Boulevard. At this intersection is the entrance to a large parking lot that is usually full on nice days. The city provides a stairway for access to the rest of Carlsbad State Beach at Sycamore, Maple, Cherry and Hemlock Avenues. The parking lot and beach access at Pine Avenue is called Robert Frazee Beach. Between Tamarack Beach and Frazee Beach are two paved paths, a sidewalk at the top of the bluff and a promenade at the back of the beach on a seawall, which makes this a great place to get out and walk. Tamarack Beach is a nice wide sandy beach all the way to Frazee Beach. 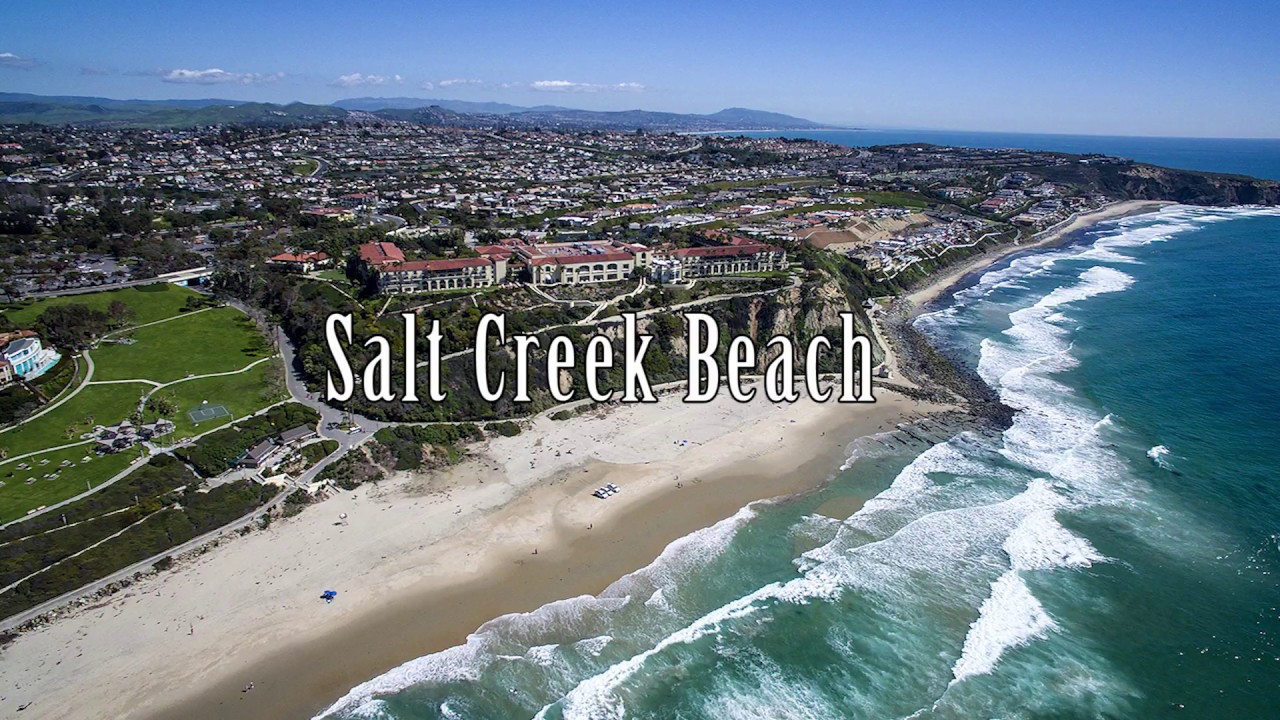 alt Creek Beach Park is a popular Orange County park located in Dana Point, CA. This wide sandy beach is directly below the Ritz-Carlton Laguna Niguel beach resort, the Ritz Cove gated development, and the Monarch Beach Golf Links golf course. Salt Creek flows through the beach at times on the north end of the beach and beyond the creek you’ll the Monarch Bay Beach Club (one of California’s private beaches you can get to). Salt Creek Beach Park is a large grass park with picnic tables and walking paths going in all directions

Corona Del Mar State Beach is on the east side of the Newport Harbor channel entrance in the Corona Del Mar neighborhood in Newport Beach. This is a state-owned beach that is managed and operated by the city of Newport Beach who call it Corona Del Mar Main Beach and charge a fee for parking. This south-facing beach is a wide flat area with room for volleyball courts and many sunbathers. Even with a huge parking lot (entrance at Ocean Blvd and Jasmine Ave) this triangular beach draws enough visitors to fill that lot. 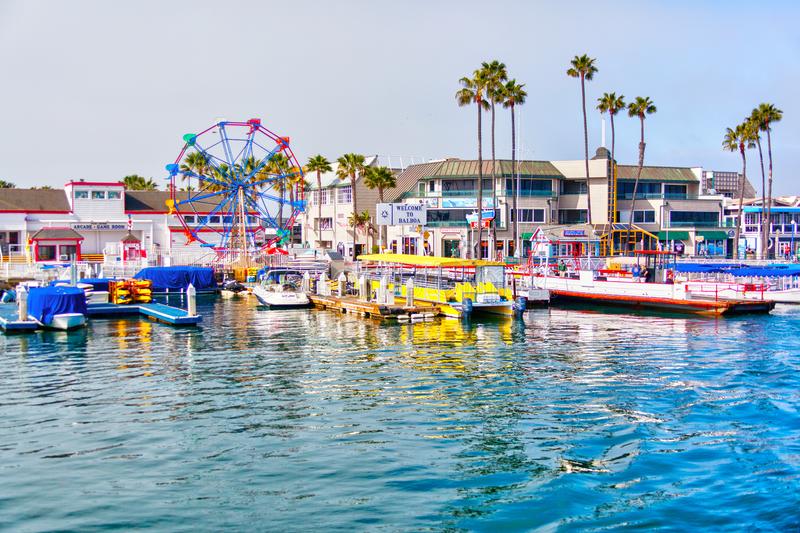 The beach at Newport Beach’s Balboa Pier is a popular place with many nice amenities nearby. The pier is open to fishing, however most visitors will just want to walk out on it for a view back toward the peninsula or to look down onto the surfers enjoying the break here. There is a restaurant at the end of Balboa Pier and others nearby the intersection of Balboa Boulevard and Main Street. On the north side of the Balboa Pier is a large fee parking lot with an entrance at Palm Street. This lot fills up and street parking is difficult so get hre early. Peninsula Park is a few steps away south of the pier with grass to relax on or toss a Frisbee on. South of the park is an open area of dunes and a long sandy beach known as Balboa Peninsula Beach. The Newport-Balboa Bike Trail is a paved path that runs in both directions from the pier for runners, bikers, and skaters. It’s a little less than a 2-mile walk or bike ride north to the Newport Beach Pier. 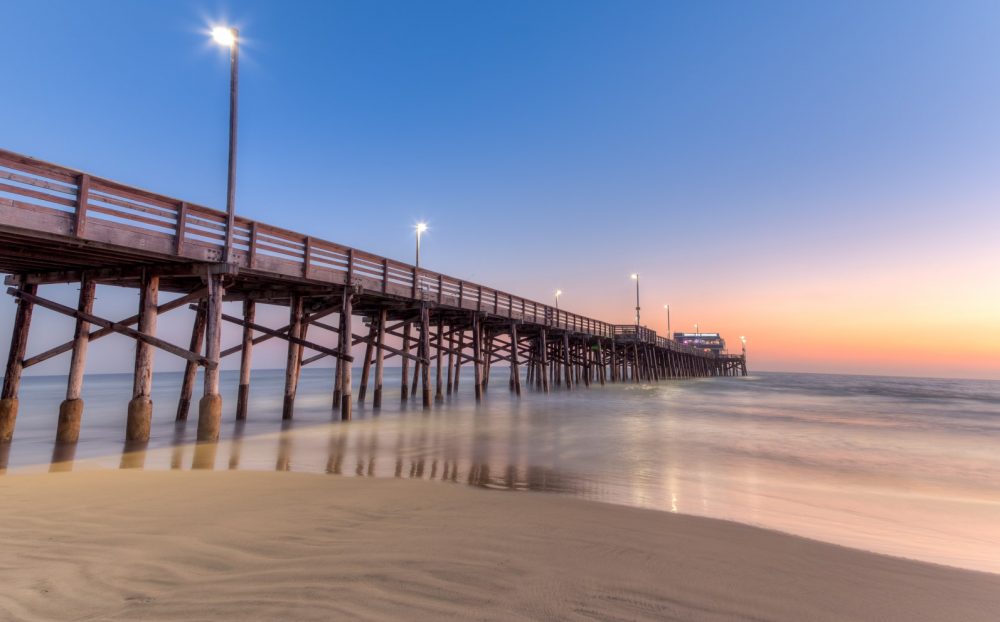 California Share 196 Tweet Pin 4 200SHARES Newport Municipal Beach is located on both sides of the Newport Beach Pier. The beaches are continuous here and the city beach stretches from Balboa Pier Beach to the south all the way to West Newport Park to the north.